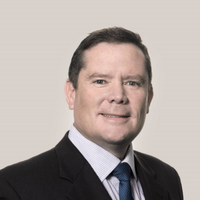 One can say that the Framework is a dynamic “First Edition” attempt towards a redesigned dispensation, geared to ensure coordination and coherence that links climate change and development issues, as integral components for just transition planning in South Africa.

According to the PCC, the Framework considers alternative economic models that may serve as a catalyst for the enablement of a just transition. Furthermore, the PCC states that “in the context of delivering an effective response to climate change (i.e., improving resilience, making substantial cuts to greenhouse gas emissions, and protecting and promoting the health of communities), the Framework does not deal with climate mitigation and adaptation policies per se, rather, the framework focuses on managing the social and economic consequences of those policies, while putting human development concerns at the centre of decision-making”.

The Framework is a legitimate effort to sequence and align environmental, economic, social, and mitigation and adaptation measures, desperately needed to redesign the South African economy. We have a legitimate expectation that the Framework will be an informative and dynamic guideline for actual just transition in South Africa, which hopefully translate, inter alia, into a practical and sustainable implementation plan and detailed employment and skills strategies, supporting a low-emissions and climate-resilient economy.